The Barbican is a sprawling concrete brutality as apt to divide opinion as Marmite or skinny jeans. Built in the 60s and 70s as a housing estate and cultural centre on a vast bomb-site in the City of London, it does not sound like a promising place to go botanising, but after the fire-weed was concreted over, other plants moved in…

Aside from the fleabane gussying up the scheduled monuments, and the friendly rivalry of the residents’ window-boxes, the Barbican also houses a large conservatory containing more than 2000 species of plant. It is open to the public most Sundays. 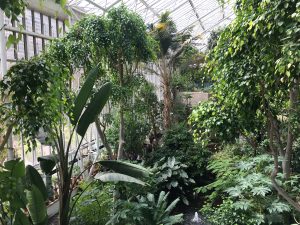 A highlight of the conservatory complex is the arid-zone glasshouse, which crams a surprising variety of cactuses and other succulents into quite a small space. Like many botanerds, my sickness started in childhood, when I broke out in a rash of succulents and carnivorous plants – as I enter my dotage, nostalgia grips me and I am drawn back to these plants like a homeopath to idiocy. 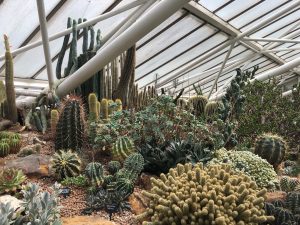 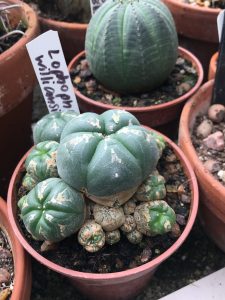 The plants are labelled; Flora be praised; this is a botanic garden. 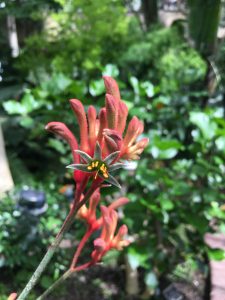