Stems all the way down

Previously on Bagging Botanic Gardens: Wisley, Brussels, Down House, Much Else Besides.

An old clay pit in Cornwall doesn’t sound like the most promising place to find a tropical forest, but the alleged proximity of the entrance to Magrathea might go some way to explaining it. The Eden Project’s bubble-wrap domes are now such a familiar part of the Cornish tourist board’s marketing that you’re not really expecting them to be as impressive as they actually are in the flesh:

The domes are made of plastic. The left side houses a tropical biome; the right Mediterranean.

Inside the tropical biome there is a tree-top walkway that takes you up a stairway suspended in mid-air to a platform suspended in the same. This platform sways from side to side at the exact resonant frequency of the human bowel. There was probably a view. I don’t really recall. 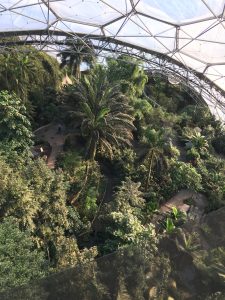 Stairway to heaven. One way or the other.

As it was the depths of winter when we visited, there was not all that much happening outside in the Cornish biome, but the clean air and high humidity supports a lush growth of mosses and lichens on every available surface. 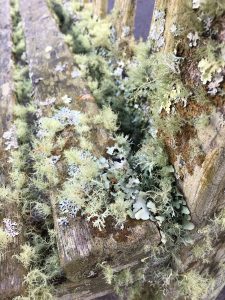 Tickets are a breath-taking £25+ per person, and I should imagine pre-booking is sensible in the summer months.

On the way back from Cornwall, we dropped in at the national arboretum in Westonbirt, which is run by the Forestry Commission. We’d been there once before for a wedding, but hadn’t had much time to explore the grounds. As previously noted, it was the depths of winter, so quite a lot of the trees were dormant, and my photo-roll is a bit scant. However, there are several areas planted heavily with conifers, so I spent a happy couple of hours running about trying to find fallen cones to add to my collection. I would pay good money for the cone of a Taiwania cryptomerioides (seriously – call me), but – in keeping with most of specimens of this species in the UK – Westonbirt’s coffin tree was far too young to have any. Oh well. 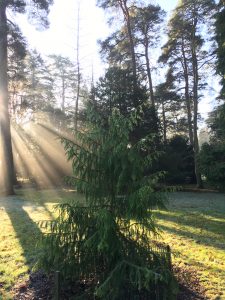 Botanerd highlights: trees. Lots and lots of trees. If we’d timed it better, I would have the pretty pictures to wax lyrical about the 79 ‘champion’ trees they have, which are the biggest of their species you can find in the UK. But it was too bloody cold, so I shan’t.

Eschewing the fleshpits of the Yumbo Centre, we walked for mile after sweaty mile under the very sun we had paid to enjoy, to the Parque Botánico de Maspalomas. Only to find that Epiphany is still a thing on Gran Canaria, and so a glimpse through some locked gates was all we were likely to get: 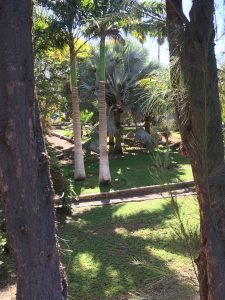 Never one to let an unlikely man-god get in my way, we tried again on the morning of our flight home. The gardens are all outdoors, and showcase sub-tropical plants, including a number of the Canary Islands’ wide range of endemics. The Canary Island spurge – which looks like a cactus but isn’t – is everywhere on Gran Canaria, and looks absolutely gorgeous in the sunshine. The photo below is not at high enough resolution for you to see that is it also covered in spider webs. Hundreds and hundreds of them, each with an attendant angry arachnid. The stuff of nightmares. Yours obviously, not mine. My nightmares are wholly taken up with falling to my death from great heights. 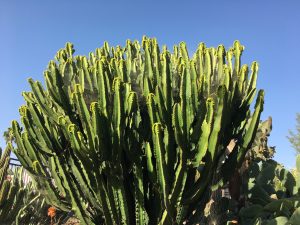 Entry is free! In addition to the botanic gardens, the Paseo los Gatos Rabiosos (officially, the Paseo Costa Canaria, and Calle las Dunas) have some pretty nice planting along them, including a lot of Norfolk Island pines (actually monkey-puzzles), none of which – tragically – had cones within scrumping distance. The latter street also takes you to the edge of the amazing dune system and nature reserve behind the beach. 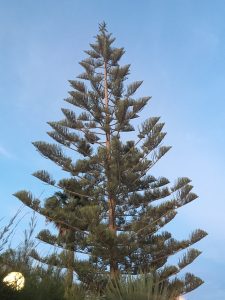 Araucaria heterophylla, the Norfolk* Island Pine**. *Nowhere near Norfolk. **Not a pine.

Botanerd highlights: along with the native spurge, the Madagascan traveller’s ‘palm’ Ravenala is the Maspalomas go-to for generic corporate planting. However, the one at the botanic gardens was considerably more majestic than most of the hotel frontage offerings. 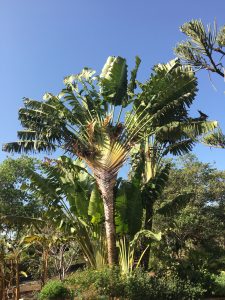 If you’re trying to work out how Ravenala madagascarensis ends up looking like this, think of it as a neatly flattened banana plant growing on top of a palm-tree trunk and see if that helps.

We timed this final UK visit a bit better. Wakehurst is the country outpost of Kew Gardens, and home to the Millennium Seed Bank, which aims to preserve the seeds of 25% of the world’s seed plants by 2020. 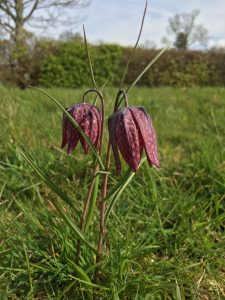 Being a contrary dick, I went hunting for plants that don’t bear seeds to photograph. Here is Cthulhu escaping from R’lyeh. 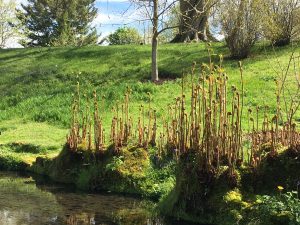 And some mosses: diploidy is for wusses. 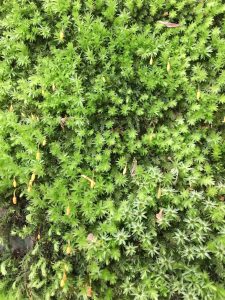 Mosses. I really need to put my money where my mouth is and go on a bryophyte identification course.

Tickets are £12.50, but factor in an unexpected £10 for the car-park too, unless you fancy a 6 mile walk (or a once-every-two-hours bus) from from Haywards Heath railway station.

Botanerd highlights: the huge stand of royal ferns above are reason enough alone to visit, but Wakehurst’s pinetum also has some interesting species: Keteleeria evelyniana, which I’ve seen nowhere else before, and a lot of small firs which have beautiful immature cones with brightly coloured bract scales at this time of year. 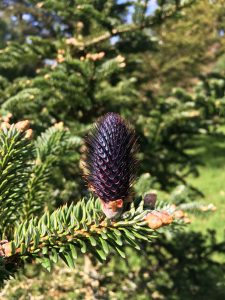